Dance is for all
who love to express
themselves through creative
movement.

Born in London in 1891, Margaret Morris developed a comprehensive modern dance and movement therapy system that continues to be taught and enjoyed around the world today.

With the recent development of dance fitness, the unique core qualities, ethos and sustainability of movement and enjoyment with the dancer at the centre of ‘dance’, Margaret Morris Movement is as important today as it was in 1910, the year it was created. 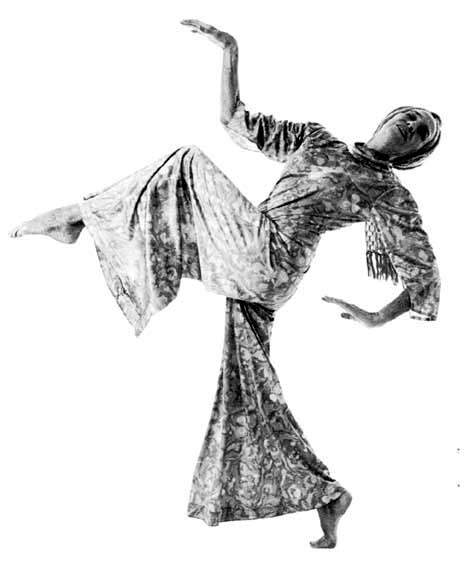 Margaret’s dance method, called Margaret Morris Movement or MMM, encompasses recreational, therapeutic, athletic and creative elements of dance and exercise for all ages.  Watching and experiencing MMM you will see that it meets and supersedes today’s requirements in the world of recreational physical activity, performance and recreational rehabilitation. MMM is not just dance for the sake of dance, it is the culmination of a lifetime's work to create a dance and exercise system that encompasses the best qualities of dance, physical therapy and performance.​

As a young child Margaret felt crippled by the constraints of the Italian ballet syllabus. At the age of 12 she began to evolve her own ‘natural dance technique’ including the Greek positions of opposition that became the framework of her dance system.  Over the years her technique, including painting and music, evolved and developed into an educational system with the arts at its core. Her schools, in Britain and abroad, taught a full-time syllabus and trained teachers in her method.

A woman ahead of her times, Margaret realised the potential benefit of dance as she saw improvements in her dancers' posture and general health. In 1925 she demonstrated these qualities to doctors in London, and this led to her work being adopted into the massage course at St Thomas’s Hospital. She qualified as a physiotherapist in 1930 and, with the sister in charge of maternity, published ‘Maternity and Post Operative Exercises’, which was the first publication written specifically on dance and movement therapy.

‘...it is impossible to begin exercises too early –or continue them too late –for, if the exercise are scientifically worked out to meet the varied requirements for each age, with due regard to the relative strength or weakness of the pupils, only good can result.’

Her dance system for young children – Health Play – encourages the child to develop spatial awareness, coordination and confidence in a way that is meaningful and age appropriate. With the demands on today's children and the intensity of the school curriculum, a child’s physical development is sometimes overlooked until it is too late – Margaret's Health Play and the Children's Grades are as meaningful and important today as they were in 1936.

As a physiotherapist and dancer she developed her own dance-based exercise system for nursing homes. She did not confine herself to rehabilitation, but like today's university sports departments she worked with athletes producing books for sports such as skiing and tennis. Her ideas and methods were so sound and valued that the British Army incorporated some of her methods into their training.

In 1937 she was invited to join the National Council for Physical Education (now the Sport and Recreation Alliance) and MMM has been represented at this, the voice of physical and recreational activity into Government, ever since.

Her dance technique produced dancers of the highest calibre and in 1940 she created the Celtic Ballet Company, which was invited to visit Jacobs Pillow in America in 1954 and toured in Britain and continental Europe. With funding issues and being reliant on grants, the company was forced to close in 1961. While there is no professional company performing MMM dances today, our  teachers continue to teach her technique and dances to encourage the love of dance and movement for health benefits, personal satisfaction and performance.

“I am now in a new school, teaching dance to all year groups. MMM has made a strong impression. I selected six students to perform in the school dance production in the summer and they were the only dance group invited to perform at the school’s presentation evening.”